Skip to content
Return to top
On this page

The promoter score is a metric used to determine long-term customer loyalty, engagement, and satisfaction with your brand and customer experience. It is measured using a single-question survey, prompting users to rate the likelihood of recommending the product or service at hand to their network. 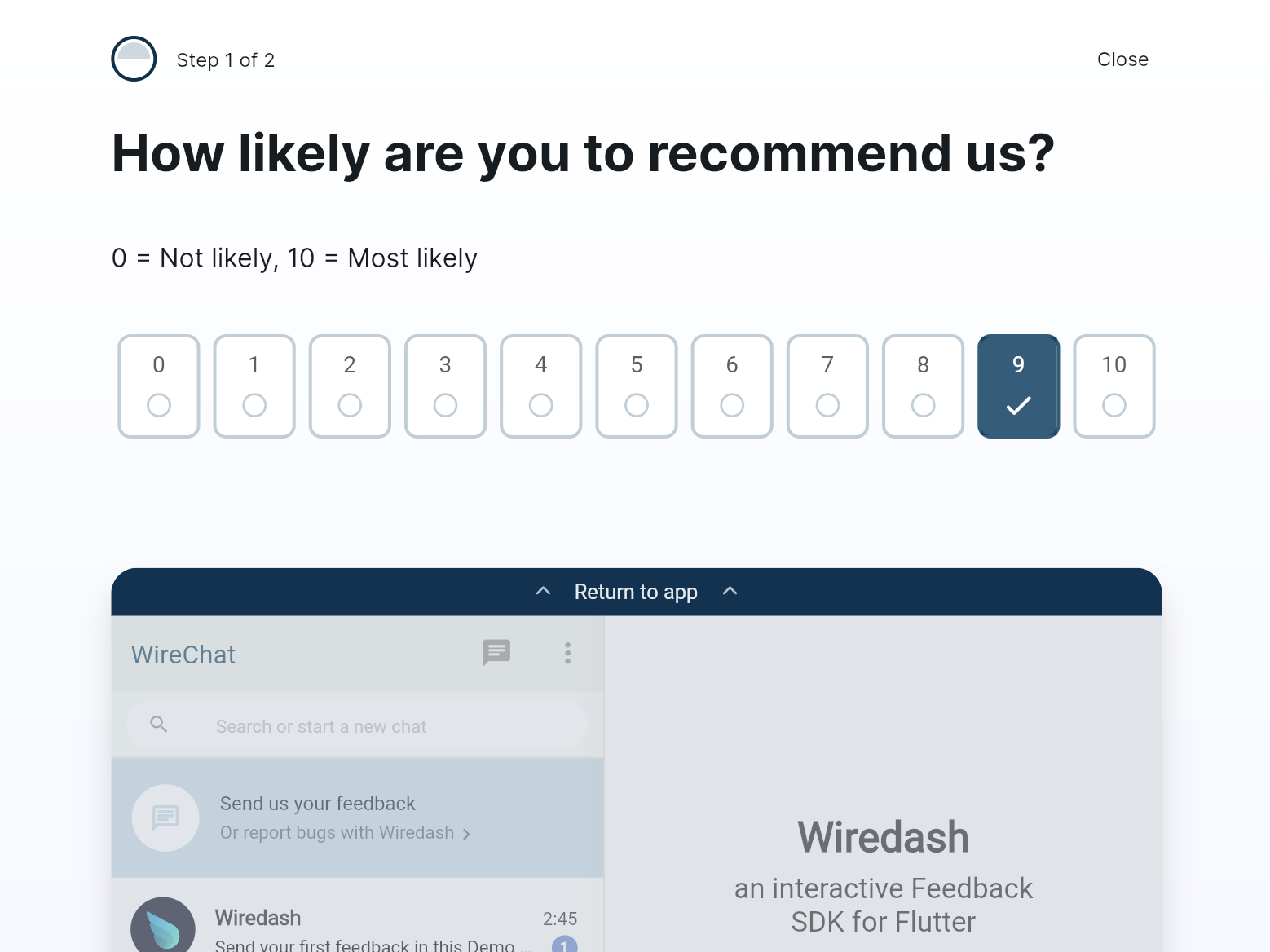 Calling the showPromoterSurvey method probably shows the survey to your users.

Wiredash takes care that your users aren't asked too often so that you get a continuous stream of survey results.

Show the Promoter Score survey at significant moments in your app, e.g.

Wiredash takes care that your users aren't asked too often. When calling showPromoterSurvey, Wiredash checks the criteria of PsOptions to determine if it's a good time to show the survey.

When the survey isn't shown, you can check the log with detailed information about why exactly it wasn't shown.

Force the survey to be shown #

For testing, as well as in specific use cases you might want to 100% control if the survey is shown or that.

Use the force parameter of showPromoterSurvey to do so.

You might want to use this for rare, unique use-cases in your application, like after defeating the second boss in hard mode or after downloading the 3rd picture from a camera.

Changing the question of the survey is the same as changing any other string of Wiredash. Follow the Custom string guide and replace the following strings:

Further, you can replace the thank you messages depending on the rating:

Survey result disappears from the console #

During testing, you might submit the survey several times but only the last submission is stored in the console.